We all know how important our characters are to us and our stories, but how do we reveal them to the reader? How do we pull others in and make them as excited about these people we spend so much time with? 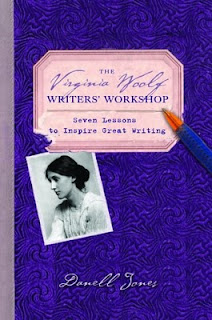 Once again I am pulling some nice thoughts from Danell Jones book Virginia Woolf Writer's Workshop. I'm going to get as much mileage out of this book as I can. *wink* I'm mostly paraphrasing, but it is from pages 93-98, any personal thoughts of mine will be in ( ).

Interior Thoughts
We reveal our characters as we let the reader glimpse their thoughts, memories, hopes, fears, loves. (We all know how to "act" normal when in the company of others. So do your characters, but what they think while putting on the act is much more revealing.)

The possibilities of revealing the hidden gem of someones soul with this tool are bottomless.

Living Spaces
What do your characters fill their personal space with? Do they have a personal office, favorite chair they sit in? What mementos do they have sitting around?  This reveals what is really important to them.


What others say or think about someone helps to add dimension and depth to his or her character. p 95

And of course, Danell (I'm still not sure how much is her and how much is from Virginia Woolf's journals) has great exercises to help us work on building and revealing character.

Exercises:
1. Instead of letting an omniscient narrator provide an objective description of your character, write a story in which we know about someone's physical appearance only because of another character's observations.

3. One thing that makes characters complex, and more real, is their contradictions. Write a sketch in which a character's words are at odds with his or her actions.

4. Describe a character's home or office to reveal an unexpected element of his or her personality. Character's become more interesting when we see they have quirky, unexpected qualities, so don't be afraid to let us learn something that might take us by surprise.

5. Write a sketch  of two characters meeting for the first time. Include their inner thoughts and let us see how they read each others appearance, body language, conversation style, and what assumptions they draw about the other.