Ever worry about the names you've picked for your characters? I have, but I never worried about Landry's name until last night. Here's a sample of the family conversation.

Child #2: Dad, what actor would you like to play opposite of in a movie?

Hubby (after much debate): Mom's boyfriend from Star Trek, then she'd see I'm much better looking than him.

Me: I only like him is Star Trek, his other movies he's kind of scuzzy.

Me: (Internal thought: Yeah Spock was nice looking, oh! she means the Karl Urban AKA McKoy) You mean McKoy?

Hubby: What? You liked McKoy??

Me: Yeah, but not really McKoy. The actor is the one I chose to play Landry in the movie.

Child #2: Every time I hear his name I think laundry. 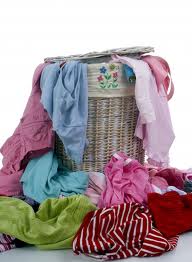 I go into instant terror mode--Oh, no people think it's pronounced laundry, why would they think that? I can't have my hero making people think of piles of dirty clothes! Then I remember she's only 12 and no one else has mentioned the Laaaandry vs lawndry problem before.

Do you ever freak out like this over little things?

Ok, and now...I finally made it to the theater to see Harry Potter the last installment. It was really sad the whole time because I kept thinking, "this is it. The last one ever."

I'm not going to go into detail, but I did want to comment on my good friend Michael's post from last week. I didn't comment there because I hadn't seen the movie yet.

He brought up a lot of valid points for things he felt let him down in the movie--but he also didn't read the last four books. So, I wanted to answer some of his problem areas. Go read his post to understand my answers. :) 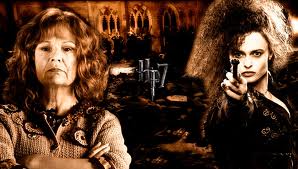 1) Bellatrix Lestrange. This is the scene I was waiting for and I agree I felt a bit let down, but not as much as you because I have read the book. That's also why I was so looking forward to it. This was the Mama Bear moment for Mrs. Weasley and I felt the movie rushed through it. There was so much emotion and I imagined a much more epic battle than what the movie portrayed. There is more dialogue in the book, more...just more in the words. This is actually the first spot in the book where everyone learns Harry is still alive. Voldemort is there fighting and Harry throws off his invisibility cloak (which is one of the deathly hallows but you never learn that in the movie.)

2) J.K. Rowling's World. I didn't have to think about this one long. The reason you don't see massive death tolls on the Deatheaters is because that's not how the good guys fight. There are more deaths in the book, but just on principle they would try and take the enemy alive.

3) Voldemort. For this one you just need to read the books. The movie is different than the book. Neville actually attacks Voldemort and is knocked down with a curse. Voldemort then says "we need your kind, Neville." Neville replies when hell freezes over and Dumbledore's Army!" That's it and then Voldemort starts torturing him in front of everyone. Then... oh, just read the books already!

During the last week I've read tons of posts on the movie and there were other discussions I want to comment on.

In the end, Neville was the real hero not Harry. A lot of people like to harp on Harry and say he isn't a hero, but what I loved about the books was that it proved a hero never does anything alone. Everyone gets to be the hero at different moments in time. The "hero" is usually the one people are following, but a good hero accepts that he can't do it alone and lets others reach their potential as well. In the end, Harry was willing to die to stop the killing. He had no idea he wouldn't die. This was his hero moment. 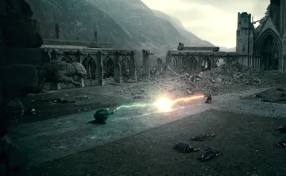 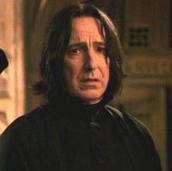 No one watched the final duel. This bothered me too. He kills Voldemort and then walks in and everyone's just  hanging out. No cheering or anything. In the book everyone is there and they watch the duel of words. They hear the conversation about Snape, Dumbledore and love between Harry and Voldemort. To me that was an important part of Snape's redemption--not just in Harry's eyes, but everyone else that was around to hear. (Snape was secretly one of my favorite characters all along and I never thought he was the bad guy! Glad I was right.) And when Voldemort falls there is the "one shivering second of silence, the shock of the moment suspended: and then the tumult broke around Harry as the screams and the cheers and the roars of the watchers rent the air." Then there is the giant group hug where everyone is determined to touch the Boy Who Lived.

Ah, now I'm all teary.
Posted by Charity Bradford at 8:28 AM