...or at least pictures make it look big.

Today is sort of a "catch up and get back on track" post. Several mini little posts that will make this rather long probably.

Ok, first things first. Camp. It was amazing as ever and the kitchen ran smoothly thanks to the wonderful women that came to help me. I have one picture of the cake--just know I think its a horrible picture, but I'll post it anyway. 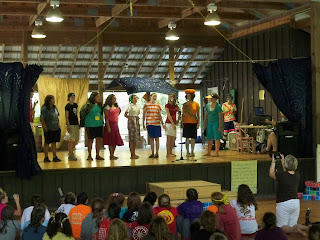 Here are my church girls in their Phineas and Ferb skit. I love that they always do something fun. The fireside girl is my oldest daughter K. She worked a long time on her costume and was really excited. 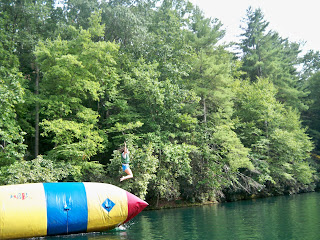 Here is K getting bounced off the blob. She loved this and did it more than anyone else from what I hear. I managed to get down there one day toward the end of the week. She had perfected her landing for maximum push. I actually caught air going off and I'm considerably heavier than her. 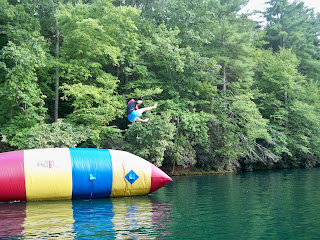 Here is my hubby going off for the first time. I wish I had video taped it so I could reply the sound effects over and over. Let's just say he was surprised at being blobbed! 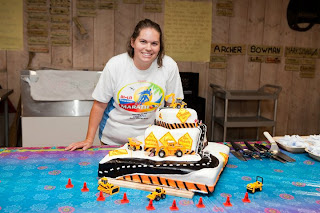 Ok, it was 9:30PM on Friday. A week with no AC and no time to "fix" my hair. The cake was pretty close to what I envisioned, but the heat made it look a bit melty to me. The girls loved it though. It had six different flavors in it: Snickerdoodle, French Vanilla, Orange Juice, Neopolitan, Chocolate Mint (with Andes mint filled marscapone moose filling), and plain chocolate. They ate almost all of it! 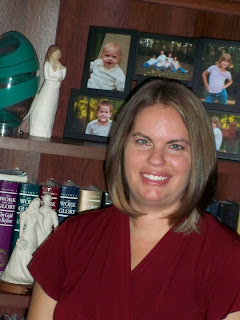 This is what my hair is supposed to look like when I fix it. I got a new haircut in time for camp to help me feel cooler. See, my nose is knobby or something. Or maybe its just the fat cheeks? I'm losing weight, but not in my face yet.

While I was at camp, a letter came in the mail for me. My hubby saw that it was from a literary agency and got all excited. Since he was coming up on Friday he wanted to bring it to me, but was afraid it might be bad news. Well, the only way to know for sure was for him to open it. It was a rejection so he didn't say anything to me about it until I found it on Saturday after getting home.

Funny thing? It actually made my day. I was giddy with this rejection because I felt like it was a marked progression from the form rejections I received during my last round of queries. Here is what it said:

Thank you for the opportunity to consider Sendek. I thought your story line was very interesting and original (yay!). I also liked your main character Talia and how determined she was. Unfortunately, I found it to be a little bit confusing. I would have liked to know why Talia thought she was going to die (see I took out the dream!), and have other aspects of your story clarified earlier on. Also, I found it difficult to jump from Talia's narration to the other characters and felt that it interrupted the story. (This is all stuff I can work on fixing!)

I hope that my loss is another agent's gain, and I wish you the best of luck in finding the right home for your work.

This was one of the times I wish I could have written back and started a dialogue. You know, something along the lines of:

"I was considering moving A B and C around this way to give the reader more time with Talia before the other characters come into play. Do you think that would make it less confusing?"

"Do you think I should rewrite all of Talia's POV into 3rd person?"

"What else did you want to know earlier?"

Knowing that when I do get an agent I can talk all these little details out makes me so excited. That's why I want to try for one before going it on my own. I've always needed and valued others thoughts to validate my own thinking. Yeah, I know I need to get over that, but it is what it is. I like being on a team.

Anyway, that was my first paper rejection and I'm saving it because of the hope it gave me. My idea is interesting and original! Whoo hoo!

Oh, and for my birthday yesterday, I got a flip camcorder thing. So, I'll be working on that vlog for Wednesday! See you then.
Posted by Charity Bradford at 7:11 AM