Y is for Youth 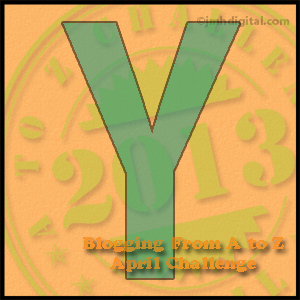 Most of you know that The Magic Wakes was originally meant to be young adult. And then it grew up. People still confuse it as YA though and it's a bit annoying. And yes, I probably shouldn't say that, but it is.

However, I do have another story that has been haunting me, teasing me, for two years now.It is YA. It should have been finished a long time ago but deeper and darker secrets keep leaking into my brain. Every time another one solidifies I'm shocked. How did I not know Ryanne experienced THAT?

And I stop writing.

Why? Because I need to let it sink in, percolate a bit. Only then can I go back and add that layer to the story so that it makes sense and feels believable. Some things are so far out of my realm of experience that it's taking a lot of thinking time. This story needs to be done right.

Fade Into Me is another mixing of science fiction and fantasy elements--it's what I like best! It's about the confusion and sadness of youth and finding the strength within to move on into adulthood. Well, it's about way more than that, but for today's topic that will do.

Everything you’ve ever heard about faeries is a lie.
Lies they told to keep humans from learning the truth.
What is the truth?
They walk the earth, sentenced to watch over and nurture their greatest mistake.
Us.
Ryanne Killian doesn’t believe in faerie tales, and yet all the eyes of the Fae watch her–hoping she will be the one to set them free. But Ryanne is afraid she's too broken to save herself, much less anyone else.

What do you think? How many of you write Young Adult?
Posted by Charity Bradford at 4:00 AM