All through August, September and most of October of 2009, I became obsessed with my book. I dreamed about it at night, thought about it while driving my kids around, sitting in church, and even when talking to friends. I worked every day on revisions, and drove my friends and family crazy talking about it. Nothing could distract me from Talia and Landry and their fight to save their world, my world really.

Half way through October I realized Nano was almost upon me again. Do I skip a year and continue revising while the momentum is strong, or do I set Sendek aside and try to knock out another rough draft? Right or wrong, I decided to write a fresh 50K by writing the complete history of the Dragumon (the antagonist in Sendek). They have a great story, but it didn't fit in the first book. I outlined while sitting in the carpool line and I continued to work on my work in progress (WIP) during the day and late at night. [I never published any of that story]

The last week of October was crazy! I wanted to be writing, but I also wanted to create a beautiful wedding cake for my sister who was getting married on Halloween. I put all my writing away (actually I packed it for that 8 hour road trip) and baked. I enjoyed several days with my family for the wedding, and then pulled out my laptop and started Nano during that long ride home. My poor hubby was left to listen to his iPod and the kids fussing in the back as I went into my literary fog. 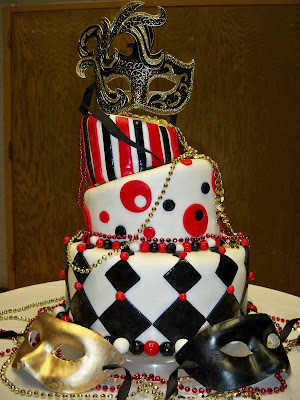 Look at what I did! The theme was a Masquerade. (Cakes are Plan B if writing doesn't pay for my kids college.)


In mid October again. My family spent a wonderful day in the swamp with some friends. Yes, I said the swamp, and it was beautiful! So much "scope for the imagination" as Anne Shirley would say. Don't believe me? Take a look. 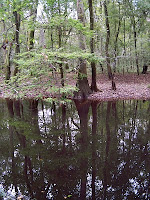 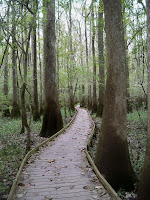 Anyway, as we were walking the trails and enjoying the beauty of nature, my book came up in the conversation with a friend who had managed to escape my constant babbling on the subject so far. The conversation preceded something like this:

"You're a writer?"
"Yes." I spoke softly and then paused. A new feeling welled up inside and I wanted to hear it again, so I spoke a little louder. "Yes, I am."
After a small chuckle, he asked, "Did that feel good?"
"Yes it did! I've always answered that question by saying 'no, but I want to be'. I think this is the first time I've ever answered yes."
"Then you better say it again."
"I am a writer!" Spoken loud enough for the rest of our group to hear me and turn to stare.

It felt how I imagined the barbaric yawp from Dead Poets Society must have felt. Such a simple declaration once more made me feel like crying for joy. In the writing world I am a nobody, unknown, but inside my heart I finally feel like a writer. If I'm never picked up by an agent or publisher, I'm still proud of what I've accomplished. I still have a long way to go in this process (all the hard part actually), but I've learned that getting published is not what makes you a writer.

A writer is someone who writes to stay sane. They have a desire to share the visions, emotions, knowledge, whatever is floating around in their head by writing it down with pen and ink or keyboard. In order to quiet the voices in their head, they must put the characters on the page and give them room to grow. When they're happy, shocked, angry or sad, they write to help themselves come to new understandings of emotions and what they mean on our journey through life. They enjoy the way words flow and conjure images. When they see the shadows of the clouds drifting over the mountains as they drive down the highway for eight hours, they want to write about it--so they do. When they see anything beautiful, they pick up a pen and jot a few lines. They carry notebooks with them everywhere they go. A writer is all these things and much much more...and I have finally become a writer.
Posted by Charity Bradford at 2:53 PM