So, what is the difference between editing and revising?

Edit:
a: to prepare (as literary material) for publication or public presentation
b: to assemble (as a moving picture or tape recording) by cutting and rearranging
c: to alter, adapt, or refine especially to bring about conformity to a standard or to suit a particular purpose.

Revise:
a: an act of revising--revision (don't you hate definitions that use a form of the word?)
b: a printing proof that incorporates changes marked in a previous proof

Anyway, here's how I see the two.

Revision--what I do over and over to make sure all the plot holes are filled, the characters are real, well rounded, believable and emotionally endearing, and a host of other things content related.

Edit--I think of this as the grammatical and mechanical final polish. In my mind it doesn't deal with content as much as presentation. 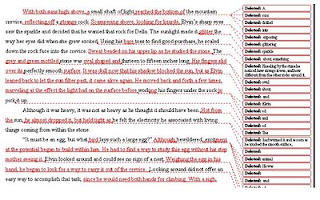 Before you read further, click HERE and read the thoughts of one agent's intern and what makes her reject or request a manuscript after ready your query or MS.

Are you back? Did you catch this sentence in Alyson's post?

We don't want that do we? Over the next few weeks we will talk about specific areas we need to watch for and improve as we revise. This is going to take a long time. So, prepare yourself now. You will go through your novel so many times you'll start to hate it. That's when you take a break and work on something else. The key is to be patient and keep plugging along. 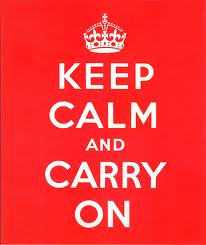 Let's concentrate on this thought today:


...They must have a class that focuses mainly on developing voice and a professor who is a Nazi when it comes to cracking down on excess adverbs and adjectives. Whoever they are, I want to take their class and then kiss them.

Almost everywhere I go, someone is complaining about too many adverbs or adjectives. It drives me nuts because I think, "How can I layer my world to pull in the reader without using modifiers?" That's what adverbs and adjectives are anyway. Simply extra words to describe nouns, adjectives, verbs, and other adverbs.


Really, adverbs aren't bad in themselves. They're a part of speech, fundamentally no different than any other. Basically, an adverb modifies a verb or adjective to tell you how someone did something. The main problem is, unfortunately, people tend to overuse adverbs. And they're the part of speech most likely to clutter your sentence pointlessly. --io9.com

Example from the web:
He looked at her longingly.
“I love you,” he said passionately.
She quickly glanced away. “I can’t be with you,” she said guiltily.

How many modifiers did you catch? Did you start to get bored? Want to get on with it already?

The over use of adverbs made everything feel dramatic and over the top. It's also classic telling, which although needed at times, can leave the reader feeling like you think they can't figure it out on their own. Showing can draw your reader in faster. I've heard that too many adverbs and adjectives are the sign of a lazy writer. I don't know about you, but I put WAY too much time writing to let anyone call me lazy.

The criteria I use when deciding what to cut is: What is the most important modifier? Can I show it without stating it? I could rework the passage just a bit and get this:

He looked at her from across the table, reached out and took her hand in his.
“I love you,” His voice caught in his throat.
She hung her head to avoid his gaze. “I can’t be with you,” she pulled her hand from his and escaped through the front door.

Isn't that better? The action with the dialogue helps the reader feel what is going on without it being pointed out for them.

It's the same with adjectives. You need them to help ground the reader in your world, but too many will weaken your writing.

She tossed her head and her long, curly, honey-brown hair bounced softly on her shoulders.

I ask, "What is the most important thing I want the reader to come away with?" Do I need them to know her hair is long more than the color? Or that it is curly? In this case, I think it is better to give the reader the hair color. I can work in the other stuff later. Note on the word softly: hair isn't that heavy, so even if it whipped around quickly(<-- Hah!) it could be described as soft compared to other things. So, I'm going to drop it as well.

She tossed her head and her honey-brown hair bounced on her shoulders. (You could debate on whether I need "on her shoulders" because where else would it bounce? I kept it to give a glimpse of length. The reader now knows it is at least long enough to reach her shoulders.)

I'm getting lengthy here, so let me leave you with links to bloggers who have said it much better than I managed here.


Links--what to look for when revising:

Elena Solodow gives a blow by blow account of what turns her off when reading a first page.

One of my favorites, Janice Hardy, tells us how to use adverbs correctly. She also has a post on Edits vs. Revisions: One on One Death Match.

KM Weiland asks Are Your Verbs Showing or Telling.

Posted by Charity Bradford at 3:01 PM