The Poseidon Adventure and how it relates to writing.

Or, The Poseidon Adventure and what I learned about writing while suffering through the longest 2 hours and 53 minutes of my life.

First, here is the blurb for the movie.

"A cruise ship succumbs to a terrorist act and capsizes on New Year's eve. A rag-tag group of survivors, spearheaded by a priest and a homeland security agent, must journey through the upside down vessel and attempt an escape."


That doesn't sound too bad now does it? And it has Jayne in it. I mean Adam Baldwin. Yeah, probably the best thing about this movie because he carried a gun and when things got bad, I just imagined him as Jayne.

Here is a movie trailer someone put together for it.

That's probably the best parts of the movie too.

Anyway, here are the lessons I learned from this movie relating to writing:

A good editor is priceless.

Whoever edited this movie should be shot. The  movie would have been nice at about one hour forty minutes. Yeah an entire hour shorter than it was. We spent 30 minutes watching them cross a cat walk across a flaming gulf. Each person stopped in the middle and got all sentimental. It was PAINFUL!

Don't do this in your book either. There should be a natural flow between fast action scenes and scenes where your characters hug and realize how important they are to each other. The kiss usually comes right before or at the end of the big fight or flight scene. (My hubby makes fun of this. He says, "Really? You're about to die and you pick that time to tell the girl you love her and kiss her?" Well, yeah, you don't want to die never having kissed her, right? I get it, but don't do it in the middle of the fight scene. You're MC will get killed. Or at least he should.)

Pacing and Characterization
There's a reason I'm putting these two together so bear with me.

This movie spent WAY too much time introducing us to the standard cliche characters. The first part (did I mention is was broken into two parts? Probably because it was made for TV?) was getting on the ship, showing us the dysfunctional family, the old widow, a priest, the US Marshall (Jane), and the terrorist. All straight out of the box of tropes. Oh, and I forgot the crew member that has an affair with the husband and the crew member that falls in love with the oldest daughter. See they're all there.

The point is, no one needed more than a five minute introductory to any of those characters to know how things were going to play out and who was going to die.

So, if you start with a stock character, put a little effort into making them unique so they surprise the reader at least ONCE. We like to be surprised, that's what keeps us reading.

Second, if your pacing isn't spot on, you could lose your reader. Don't give them a chance to get bored and say "Who cares?" Now, I have the opposite problem at the end of my book. I'm accused of rushing things. It probably felt that way because I dragged out the introductions. When I reached the "story" the pacing was different from the beginning and felt rushed in comparison. I have now sped up the front by cutting and spreading introductions (read back story) throughout the first third of the book. I've also added short scenes that give the reader a chance to catch their breath in the last third of the book. (Now I'm almost ready for a critique to see if the changes work).

Other things to Cut or Avoid:

Cheesy, unnatural dialogue. Just don't do it. Read it out loud and think to yourself, "would I ever say that? Would any one I know ever say that?" 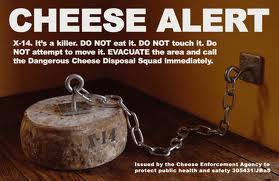 Repetitive scenes. For instance, we know the one guy yelling "We stay here, I command you to stay put!" is a jerk. We don't need to hear him say those same words every 10 minutes for 2 hours. Now, by the end I was hoping to see him die from five or six different angles and the director let me down. I didn't get to see him die at all.

That takes us back to characterization. Don't keep showing a character and then forget about him in the end. If you keep bringing someone to the spotlight, they'd better have a purpose in your book. And their part needs to be resolved.
Pointless deaths. 9 out of 3,700 people survived?? I don't believe people are that stupid. We all have a drive to survive and we wouldn't just sit there and wait. This part of the movie could have been much more realistic if at least a hundred or so fought their way to freedom.

I'm guilty of pointless scenes. I write something that I just love. Maybe the writing is especially good, or the emotion. But for whatever reason I like it, it doesn't move the story forward. It's just fluff. Fluff can be pretty, but if it doesn't do anything for the story or show character growth, you need to cut it.

Save it in a file of writing so you can enjoy it yourself at some other time.
Posted by Charity Bradford at 8:30 AM