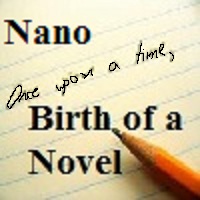 Surprise of the week:
Kevin is a class A jerk. Can't say much more because it would be a spoiler, but let's just say he's an idiot too. For those of you who have not read the first chapter, Kevin is Ry's best childhood friend. He got married straight out of HS to his pregnant girlfriend in chapter one.

I thought that was it for his part, but he shows back up in Chapter 5 and acts as catalyst for the next chunk of the book. *mumble mumble* jerk *mumble mumble*. Who needs enemies with friends like that? And yes, I use that cliche in the chapter. Hey, that's what revisions are for, right?

Road Blocks for the week:
Yesterday I wanted to quit everything writing related. Why? I received a critique I had been waiting on. It was correct on all points, but it still made me want to cry. Why? Because I'm the one that messed everything up. I edited my novel (Sendek) to death. Yep. And some of you tried to warn me, but I didn't listen. (Michael)

Over the past year I've worked so hard to tweak the first chapter in a way to hook the reader. I changed everything that I started out with. And after getting the critique I realized something. I was editing for the wrong audience. I forgot who I wrote the book for and tried to change it to fit in with the "rules" to hook agents. But I lost my voice. I lost the flow and cohesion of the story. Nothing made sense to someone just picking up the book.

All that work just to ruin a perfectly good story. I realized something else. I'm still holding back. I can dig deeper, but I'm scared too. There's that secret heart of me that doesn't dare peak out at the world, even disguised as a character from a book. 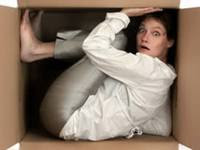 How do I let her out?

I almost stopped writing Faerie Wings, but I know that isn't the answer. Instead, I did what any self respecting writer would do in a case like this. I went to the store and bought $5 worth of good chocolate and stuffed it all down my face on the five minute ride home. Well, I really only ate one square of each candy bar, but I felt like eating it all.

Procrastinator for the week:
I worked on a book cover before I got sick. If I had known I was going to get sick, I would have tried harder to write instead.

Snippet for the week:

The doorbell woke me at 2:52 AM. Heather must have forgotten her key again.

I tossed the covers aside and padded my way to the front door. The doorbell rang again and again.

“Stop already, I’m coming.” I removed the chain, turned the deadbolt and opened the door.

Strong arms grabbed me. They spun me around and pinned my arms to my side. Someone shoved a cloth bag over my head.

“Scream and we kill you.” A male voice rumbled by my ear.

My arms ached, but the guy didn't relax his hold. He dragged me out the door. I stumbled down the steps and then he pushed me into a car. My head hit the window on the far side of the car as soon as I got in. The guy jerked me up by one arm and shoved me over so he could get in beside me. He reached across and locked the door. My knees rested against the seat in front of me.

My heart pounded. I took shallow breaths as the air in the bag warmed. My hands were free. I reached for the bag.

“No you don’t.” He grabbed my hands and crushed me against the car door as he pulled my arms behind me. He wrapped a strong cord around my hands until my fingers went numb.

“I can’t breathe and you’ve cut off my circulation.” My voice sounded calmer than I felt.

“You’ll pass out before you suffocate. I’ll worry about your air then.” Both men laughed.

Posted by Charity Bradford at 6:49 PM