The awesome Jen McConnel tagged me in The Look Challenge last week, and I'm excited to participate. This is how it works: I searched my WIP for the word “look”, and now I'll post the scene that surrounds the first occurrence of “look”.

Because I'm once more eating, sleeping, breathing The Magic Wakes, that's what I'm going to share. This is my debut novel which will be published by March 2013. I'm extra excited to share this snippet because it's from the Prologue. Yep, and I've been told a lot of people skip those. Well, shame on them! They'll miss something very important about my story if they do. Lucky for you it followed the word "look".

Before you get to read the sample, I’ve tagged a few authors for the challenge:

You probably noticed these are the ladies from Unicorn Bell minus Sharon (because she recently had a baby and she's busy). These are some of the most amazing women I've met. They work hard to help other writers while living their busy lives and trying to write themselves. I think they're all brilliant!

And now for the teaser. 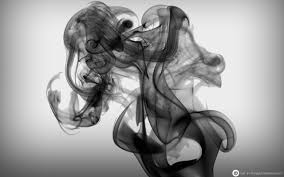 The stench in the air intensified when a breeze sighed its way out of the dark hole. It looked like an insubstantial swirl of black smoke writhing in the air, but Jaron new better. He took a step forward, opened his arms, and invited the demon in.

With the final words uttered, the demon coalesced and rushed toward him. It pushed its way down his throat, up his nostrils, and seeped into his ears and eye sockets as he fell to the ground. Jaron gasped for air, sucking in more of the evil substance that burned nose, throat, and lungs.

He was drowning. Drowning in evil. The demon screamed through his veins and mind as it forced its way inside. Anger and fear battled for control of his emotions. Jaron didn't know if he wanted to torture someone or throw himself into the pit for a welcomed death.

Hold on a little longer. He continued to suck in the demon. The last of the darkness rushed in when fireworks burst behind his eyelids.

His lungs filled with oxygen. Jaron's hand gripped the edge of the pit and he pushed himself away until his back rested against the cool wall.

A crawling sensation started inside his skull. His hands scratched at his scalp, but the crawling tendrils of motion were under the skin, under the bone, and deep inside his brain.

Posted by Charity Bradford at 3:00 AM