Ok, I forgot I signed up for this one. Eeek! Roni from Fiction Groupie is hosting. Click here for the list of participants. So, what should I post? Here were Roni's guidelines. And yes, I called them guidelines, because I think I may have done my own thing once again.


On Tuesday May 18, post a short excerpt on your blog of your most sparkly dialogue scene (no, I'm not talking about Edward Cullen).  It can be anything dialogue-heavy--a laid-back chat, an all out argument, a flirty conversation, two friends ribbing each other--whatever.  The options are endless.

I didn't want to post anything from Sendek. I have to save some stuff to make you want to buy it if it every gets published, right? (don't worry, I'm sure I'll cave again in the near future and give you a bit more.)

My snippet falls under the "whatever" category. I have this idea in the back of my head so completely different from my normal sci-fi/fantasy stuff. This is the only scene I have written and I guess it would fall under the contemporary genre. The story is about one woman's journey back to life after deep depression and all the problems the disease brought to her otherwise lovely life. 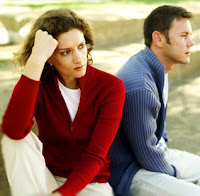 Sinking. I sunk under the weight of the ache inside as I lay in our bed, staring at the ceiling. Every inch of me cried out to him, but he sat still, deaf to me. He thought the conversation was about managing the house. It went deeper for me, but the house keeping was a safer topic than the hurt eating me alive.

Turning my back to him, I curled into a ball, hiding the tears that flowed freely down my cheeks. I struggled to control my breathing. In spite of it all, I didn’t want to hurt him.

“I’ll try to ask you first, but every time I do, you have an excuse.” The disapproval in his voice sliced across my heart.He still didn’t see.

“I’ll do my best not to make an excuse.” I played it safe. How could I tell him the real problem?

The room filled with silence. My loneliness deepened. Each breath followed more quickly than the first despite my efforts to stay in control. I heard him shuffling papers behind me. How could he move on so quickly? Another twist of my heart as I felt betrayed and abandoned. If only he would hold me, perhaps I could tell him the truth. My secret.

Seconds, minutes, it stretched like years before I heard him walk away. My heart paused and restarted, resigned to the way things were. The pain ebbed and stilled, leaving me numb.

He returned and the bed dipped as he lay down behind me. His arm rested against mine. That simple touch warmed me with hope. Maybe he heard my silent plea.

“I’ll try not to be so condescending. I know the house is not going to be perfect…”

I tuned him out as the pain resurged. Crying in earnest now, I prayed for the strength to tell him. At least some of it.

“You should know this isn’t about cleaning the house. Not for me.” Barely a whisper, but he heard me.

“Tell me what it’s about.” His fingers traced patterns on my bare arm. How could he not know how I longed for that very touch throughout the day? His patience in this moment almost gave me the strength I needed. Almost.

“I don’t want to.” I shuddered thinking how close I was to being cruel to him.

“Is it because you don’t feel like I respect you?”

So close, he was so close. Once again a spark of hope sputtered to life. Maybe he could see me. Doubt was too strong. Why did he ask that? My heart shattered under the prolonged pressure and I could no longer hold in the sobbing. He didn’t respect me, that’s why I felt like he treated me the same as the children.

He held me while I cried, until I felt strong enough to say the truth.

“What?” His voice felt soft and warm in my ear.

He was a good man, but he used his goodness and love up on everyone else. There was nothing left for me. He needed to be filled as much as I did, but you can’t share an empty cup.

“I don’t feel loved.” Another shudder shook my body. “Not by the kids.” I stopped again, knowing I could never say the rest. Not by you.

His fingers stilled. The silence grew so heavy I felt the pounding in my ears. What was he thinking? What would he say? I would never know.

The kids started yelling in the other room. I sighed as he left my side, closing the door behind him.

What do you think? This is a first draft, so rip away!
Posted by Charity Bradford at 11:30 PM