What I learned from camping--part 3, final installment

Now we are getting down to the fun stuff! This post isn't deep or profound. It's all about personality and the characters in my life. 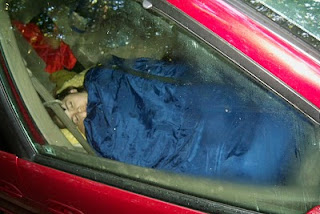 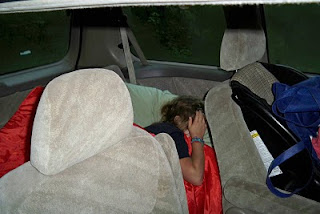 Some people just don't like sleeping in a tent. At least they were dry. 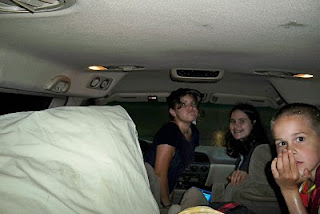 When the rain came down, three of my kids ran to the van and pulled out a contraband dvd player! 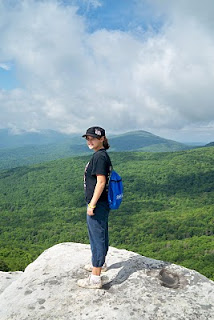 Child #2's style is a little hip hop. She has a little attitude, but graced us with some smiles on this day. 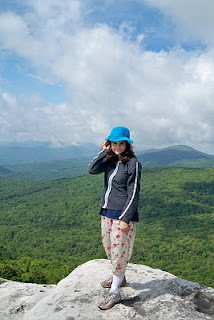 Child #1's style is artistic? She is wearing her pj bottoms with the socks over the top to keep out snakes and bugs. And she loves her blue fuzzy hat. ??? Sometimes you have to let your characters be themselves, no matter how much you want to mold them into something else. 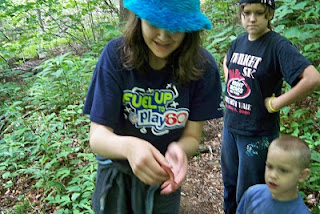 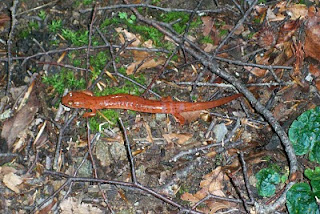 Child #1 also loves snakes, bugs, and anything else that crawls or slithers on this earth. Happy day when we found this little guy!

Child #3 was so busy helping my friend's 3 year old daughter, that we don't have many pictures of him. He's my tender hearted little man. 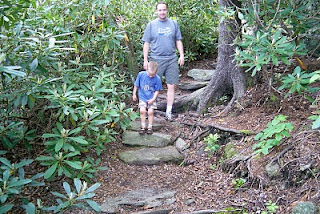 Child #4 screamed and cried for at least 10 minutes because he had to go. However, he refused to pee in the woods. He walked, holding himself in true little boy style. Everyone who passed us smiled knowingly and spoke words of encouragement. "Take advantage and go by that tree." "You're so lucky you're a boy."

Finally, it became unbearable and he made me turn away while he peed on the rocks. After that everything was, "that's where I peed last year," (We had never been here before.) and, "that's where I'll pee next time." Now everyone who passed was told (in his most excited voice) "I made a waterfall on the rocks!"

Sometimes the things our character do don't make any sense, but it's just how it is. :)
Have the characters in your life made you smile today? If not, get off the computer and go spend some time with them! The real ones, not the ones we live with in our heads. ;)
Posted by Charity Bradford at 5:00 AM