Monday and Tuesday were pants days. I sat and wrote whatever came to mind--exploring this shiny new idea and getting to know the characters. There are conversations with very little tags, or action to break it up. There are sections of inner dialogue that will get cut later, but there was enough stuff in my head to start me asking questions and fall in love with the kernel of idea.

Wednesday I stopped writing and started researching some of my questions. I guess this is how I start plotting. I need to know certain things before I can decide what's going to happen. I need to find the back story so I have everyone's motivation for what they do, what they want. During this gathering of information I started collecting quotes as well. Maybe each chapter will start with a well known quote on faeries. Yes, my new shiny idea has faeries. 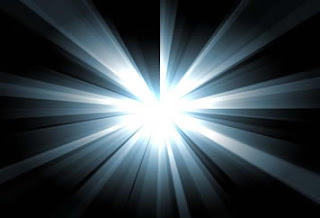 I'm slightly intimidated because I don't read about faeries very often. Hopefully, that won't matter since I want to have a very non-traditional slant on the whole faerie idea. I've narrowed it down to two possibilities. This decision has me at a dead stop for the moment because it will determine how everything unfolds from this point forward.

I wish I could share them with you and have you vote--you are all so helpful. However, I'm still in that very private, possessive stage of the idea as well. What if it is a really good idea and someone can write faster than me? Yeah, I know the story would still be different, but we have to keep some of our paranoia.  OH! Just know it isn't my dear followers that I don't trust. I know that in the interest of community you would try not to use my idea. It's the random millions of people that could drop by that I'm leery of.

So here's my progress report:

SENDEK--finished for the moment and with my Beta readers. (I need to revise the ending). Rough summary finished, waiting to be polished. I have a query, but it still needs a bit of work. I have a list of about 15 agents to start querying and still searching.