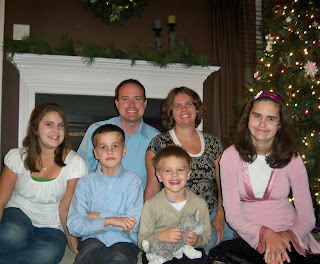 We've mailed our Christmas cards! Last year I didn't send them out until half way through January, so yay me. I thought I'd share my brief year in review with my bloggy friends. There was so much I could have rambled on and on about... (edited for the world wide web, LOL)

Hubby and I ran the Country Music half marathon in April for the third year in a row. Hubby improved his time by fifteen minutes! He still works for the bank as a LD Consultant, but now does most of it from home, which is wonderful! He hopes to move into a HR manger role in January. He still serves as Bishop of our ward (congregation), which keeps him pretty busy.

My race time was within a minute of the previous two years. At least I’m consistent! Early mornings became the norm when I started teaching seminary. Do you know what 4:30 AM looks like? I worked on my book a lot this year. Ask my family, I’m sure they’re sick of it. In September I sent out a few query letters to agents and received some positive feedback. I participated in National Novel Writing Month in November once again serving as Municipal Liaison. I love encouraging others to meet their writing goals. 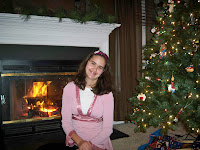 K (13) is now in her last year of middle school. She got braces in February and has had a great time picking new colors each month to coordinate with holidays. She is enjoying young women’s and went to camp for the first time this year, but left early due to pneumonia. She has been improving her piano playing. 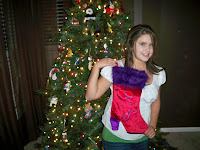 A1 (11) started middle school, and as far as I can tell is in heaven. She is our social butterfly extraordinaire! She completed her Faith in God Award. She is a great helper to us around the house, and C loves his big sister. Both girls have been singing with me in choir at church. 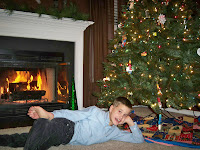 A2 (8) turned eight and was baptized. Many of the older women in the ward call him little Bishop because he is so attentive to everyone and looks sharp in his suit. He also started cub scouts and loves it! 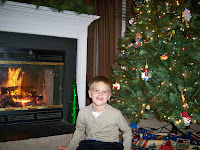 C (4) rules the house. He loves his trucks and plays Bob the Builder outside for hours on end. He doesn’t need anyone to play with him as long as he's working on his road or “pouring cement”. He loves going to IKEA to play in the play area.

Goals for 2011:
Hubby—run a 1/2 marathon in February and a full marathon in April. Do something interesting enough to put in our Christmas letter next year.

Charity—run a ½ marathon in February and a full marathon in April. Continue querying to get an agent.

K—survive the 8th grade and make it to High School where she can take orchestra again.


After reading all of that, I realize you guys know more about me than my family. At least as far as letter information. Don't you feel special?!
Do you send out letters to your family at the end of the year?
Posted by Charity Bradford at 3:19 AM