It's finally here! Today is the Now Showing Blogfest hosted by Alexis and Lindz. Click on the blogfest link to visit the other participants. Here are the rules.

1.Choose 4-6 of your lead characters.
2. Let us know a little bit about what each of your characters looks like.
3.Then, pick any actor or actress, they’re all at your disposal.
4.Finally, apart from their appearance, what about this particular performer makes you think they’ll do your baby justice. What’s that special something that makes them perfect for the part? Their attitude? The way the walk? Their voice? Let us know. 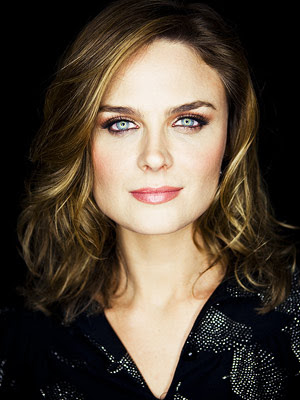 Emily Deschanel as Talia Shannon--soft brown hair with gold and copper highlights, loose curls, violet eyes, taller than the average Sendek woman by an inch or two, slender and curvy, high cheekbones. I picked this picture in particular because her eyes are amazing. Can't you picture them tinted violet?

I picked Emily because: 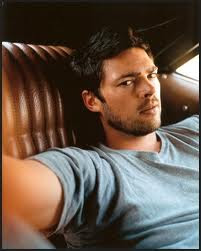 Karl Urban as Commander Landry Sutton (Cousin to Prince Stefan)--"Perfectly proportioned, built of lean muscles, his stance suggested a tightly wound core of strength waiting just beneath his calm exterior. Even though he did not wear the Royalist uniform, it was obvious that he was as comfortable with command and giving orders as the General sitting beside him. "

I picked Karl because: 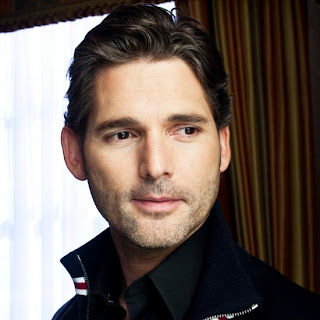 Eric Bana as Prince Stefan (cousin and best friend to Landry)--I realize I never really described him in the book, I need to fix that. He looks like most people on Sendek: brown eyes, dark hair, eh, that's about it. He's a minor character, but one of my favorites because he's just so real. Anyway, I picked this picture because he has that small smile playing around his lips, but you can see the weight of ruling the world in his eyes. (His father is in a coma, so he's acting as king although they've not had a formal coronation) 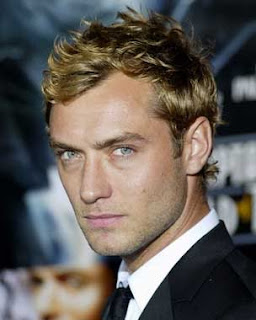 Jude Law as Jaron (A wizard from another world that was destroyed by the Draguman--the world, not the wizard): this is his true form--tall, crystal blue eyes with a cloudy murkiness that sometimes flicks past (the demon that lives within). I just realized that I'm going to need a second actor to his shape shift disguised alter ego.

Anyway, I chose Jude because of this picture. He just looks like Jaron. Can't you see a heart broken man so bent on revenge for the death of his wife that he calls a demon from the depths of his world to prolong his life? The best part is he's not really the bad guy and as he helps Talia and Landry destroy the Draguman he also finds forgiveness and redemption. But he unknowingly leaves something behind... 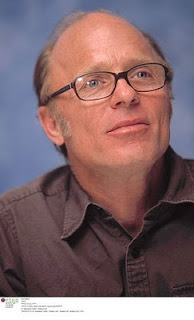 Ed Harris as Johnathan Fielding, President of the Space Exploration Foundation(SEF) and Talia's boss--"In his mid fifties, with graying hair and laugh lines around his eyes, he exuded the paternal care I associated with his messages. His hands were as warm as his eyes, and I feared he would notice how cold and shaky mine were."

How can you not love Ed Harris? Plus he has a great history with science fiction. 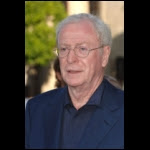 Michael Caine as King Frederick: This is a small part, but this is another actor I have great respect for. He'd be great as the King come out of a coma just to deliver an important message to his son before dying. A message about some forgotten lore from Sendek's ancient past. 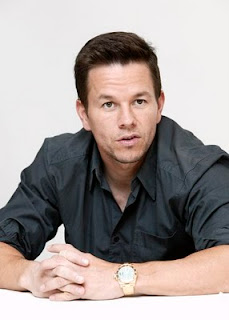 Mark Wahlberg as Edmont Ryce: Ok, this is a cheat because Edmont is introduced at the end of the book. He's actually the antagonist for Book 3: Battle for Sendek. He's not shoved in your face though, just described as twenty something, standard brown hair, eyes that are more amber than brown.

I picked Wahlberg because when I wandered past the photo I thought, "Hm, he looks a bit like the Edmont in my mind." Isn't that enough for now?

Ok, you may have noticed that the real threat is missing from the video and the list of actors. The Draguman. Help! Are there any amazing artists that can help me get some images of them prepared?

Just be prepared for a picky back and forth with drawings because I SEE them in my head. And I want what I wants...

Here is a description of them:

“Although they walked on two legs, they were definitely not human. The creatures stood between seven to eight feet tall with elongated noses (I want to blend dragon and dog faces with human shaped cranium for this—alien with very human eyes--the eye area is key), yellow-green eyes and a triangular muscular thickness along the shoulders and up the neck (think Cardassians, but pull the face out, and more ridgelines).”

Their torsos are longer proportionally than humans, they have tail buds (I'm considering changing this to full tails because of the fighting advantage it would provide--still undecided), knobby bones at the back where wings would have been, longish necks, arms, legs, feet are human in design with hands that end in long fingers with retractable talons.

Their faces also have unique ridge lines like this dragon:
Wish I could draw! Email me if you are interested in tackling this project. I can offer some critiques in exchange. :)
Posted by Charity Bradford at 11:01 PM