It sort of sneaked up on me after the harrowing first few days of the week. I'm sorry to admit there was not a lot of writing this week. Instead I sat on the couch watching TV shows on Netflix. These are the two that I'm currently blowing through:

Roswell--3 alien teens search for the secret to where they came from in the hopes of returning to the home they can't remember. They have powers to rearrange matter. Max uses these powers to save the life of the human girl he's been secretly crushing on for a long time. And thus starts the drama. There's a good story buried under all the teenage hormones--I think. Maybe. :)

I don't know why I'm watching really because some of the characters are total creepers. Sort of like all the ridiculous eye gazing from Twilight. Whether its bad acting, poor scripting or what, I haven't decided. But its a great way to pass the day while I wait for kid #1 to get home from school so we can watch... 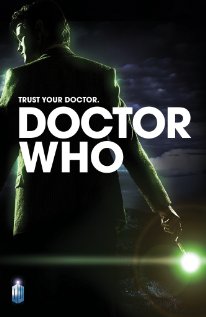 Doctor Who series 6 is finally on netflix. Matt Smith has really grown on me, but I still don't like the Amy Pond character. Rory I like. Amy just bugs me because its always about her.

I've heard they are getting the Doctor a new companion for series 7. The new girl will step in after 4 or 5 episodes when Amy and Rory step out. I can't wait! Oh, but since I don't get BBC America I'll have to wait at least a year. Buggers.


Yeah, so I need something to help me get back to writing. I'm supposed to be finishing this draft of Faerie Wings in March as part of the Speedbo challenge. Very little progress to report this week. The good news is the story is still stewing. Carter is always on my mind and his character is slowly changing and solidifying.

I guess I shouldn't kick myself too hard because if I wrote everything now I'd just have to change things after I know who he really is. As he changes, I'm finding new strengths in Ryanne too. She reacts to him differently now than she did before. It's more real if you know what I mean.

Monday is the A Picture Paints 1000 Words blogfest that I'm hosting over at Unicorn Bell. Please come sign up. You pick a picture and write a story for it. The good news is that it has to be 1000 words OR LESS. So, for short notice, you can make it as short as you want!

There will be prizes too!

Now, I need to go pick a picture myself...
Posted by Charity Bradford at 9:34 AM