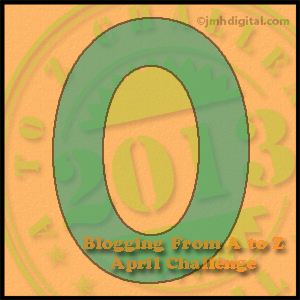 Sendek and Orek. Two planets set on a course by the same creators. Both left to fend for themselves and figure out their greater purposes. One was much older and therefore farther along it's journey. Perhaps this planet could have mentored Talia's world, helped them reach a state of balance between science and magic.

Unfortunately, the Dragumon found Jaron's home world, Orek, long before Sendek. In my mind the two worlds were always similar because they were created or "seeded" by the same beings.

Jaron's world was very much like Alderaan from Star Wars. Beautiful vistas, gorgeous cities sweeping across the horizon. The best in technology and the wisest wizards. Scientists and wizards worked together to keep balance and harmony on their world. This in turn made for an idealistic life for the citizens of Orek. The people were free to travel between other planets or live peacefully at home.

Talia and Landry are going to visit the remains of Jaron's world in Search for Knowledge, the sequel to The Magic Wakes. Their expectations will be way off of course, but there wouldn't be a need for me to write the book if everything were to go as they planned. I mean think about it, a life sustaining empty planet is prime real estate in any universe!

What they find is a microcosm influenced by my love for Firefly. I found it interesting that Whedon's universe had such distinct lines between the haves and have-nots. Whole planets were wealthy and blessed with technology while others were back water dumps. That's what I want the new Orek to be like.

The Controllers have all the power, water, food, tech. The general populace has nothing and is left to fight among themselves for whatever they can get. The Controllers take the children and train them to be soldiers or sell them into slavery, but the people are so busy trying to stay alive that they can't bind together to form a rebellion.

They need a leader. Someone who can teach them to fight. Talia already has a group waiting for her leadership. Will she lose Landry to a cause he can't turn away from?

Oo, that came out pretty good!

Question:
Have you ever watched Firefly? Who was your favorite character?
Posted by Charity Bradford at 4:00 AM