Welcome to my "Gearing up for Nanowrimo" Series. This is a series of letters that will go out to my North Carolina region during the months of October. The November letters will consist of motivational pep talks and word count updates. I hope some of this will help you prepare to write you novel, or give direction for your revisions.

First off, what in the world is pantsing? Is it a word? My spell check says NO, but it really is a word used every day in the writing world. I promise. So what is it? 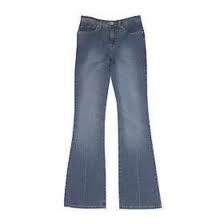 Pantsing (v)—writing by the seat of your pants. No outline, no idea where the story is going. You sit and write whatever comes to you. (ok, you may have a vague idea where you're going, but you haven't written anything down to remind you of it.)

Pantser (n)—someone who writes by the seat of their pants.

Contrast that to someone who plots, or outlines the entire story before sitting down to write. These people are usually more organized and they know how the story ends before they start writing anything down.

Which is better? Both.

Huh? Well, I do a bit of both. I started out straight up pantser. I loved following wherever my muse decided to take me, and I still do. However, sometimes I would write myself into a corner and have no idea how to get out. So, I’ve learned to do a certain amount of plotting or planning so that doesn’t happen as often.

I’m going to share a couple of plotting ideas. You take what works for you and find your own methods. If nothing else, decide how the story ends. If you have a destination in mind, it’s easier to arrive somewhere.

Plotting can take the form of a simple outline. Just like you learned how to do in high school.


Or, you could just fill out the following list. Janice Hardy: Parts is Parts (I condensed it, so please visit her blog to read the entire post)
"There are usually a half dozen or so major moments in your story. The set pieces. The stuff that makes up the turning points of the story. For me, those fall out like this:
To start plotting, jot down some ideas about each of these major events. They can be as detailed or as vague as you want at this point. Just get your brain thinking about them.”

There is also a technique called the Snowflake Method.


"You start small, then build stuff up until it looks like a story. Part of this is creative work, and I can't teach you how to do that. Not here, anyway. But part of the work is just managing your creativity -- getting it organized into a well-structured novel." Randy Ingermanson

There is a lot to cover with the snowflake method. I suggest you visit his site to learn the 10 step process. I'm just going to summarize for you here. 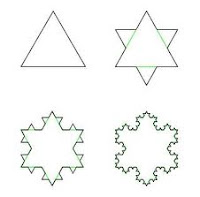 The basic idea is you start with a one sentence summary of your entire book. Then you expand that to one paragraph describing setup, major disasters (he suggests at least 3--one for each of the first three quarters of your book) and the end. Next you write a one page summary sheet for each of your characters. And so on...That's only the first 3 steps of the snowflake method.

There are helpful programs out there to help you get organized.
Ywriter is a no frills free program. I've been using this and it has been very helpful. The best part for me is that I can move scenes around easily. I tend to write what's pressing on my mind and those scenes often move around in the big scheme of things. 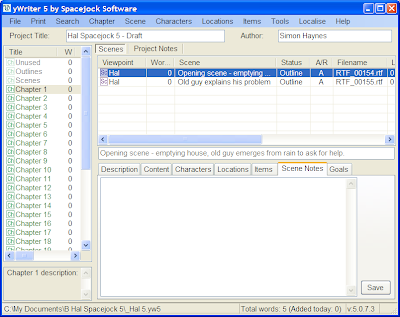 Scrivener is the dream program. I want it, but I don't have a Mac. Good news though! The windows version has been in production and will be released in Jan or Feb of next year. Even better news--Beta testing will be available in time for Nano! I am SO there!

Beat Sheets I found online and saved to google docs (sorry, I don't know who these belong to in order to give credit)--
Option 1
Option 2
Check out Roni's blog for another post on 4 levels of Plotter/Pantser.
Posted by Charity Bradford at 3:09 AM