Is It Getting Hot in Here? Blogfest

If you are looking for my entry to a different blogfest from this week:
Critique Partner Blogfest
That's YAmore Blogfest
Hook Line and Sinker Blogfest

I may not post again until Friday to give me time to read and comment on other blogs from the many blogfests of the past week. See you then!

Now for today! Today is the day to post a steamy kiss in honor of Valentines Day. Cassie Mae is hosting a "Is it getting hot in here?" blogfest. Click on the link to find the rules and other participants. 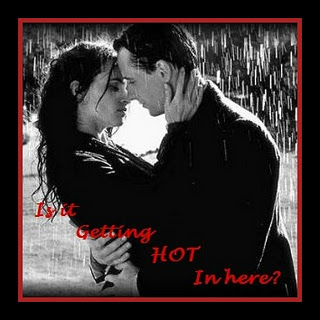 Since I used Faerie Wings and Eleena's Tale for the other two blogfests, I'm returning to Sendek for this one.

Genre: Adult Science Fantasy
Setting: Talia and Landry are walking through the forest on their way to find an ancient tree that might be able to answer some questions for them. Remember this book is more fantasy than science fiction. It's one of the first down times they've had alone since the Draguman invaded. 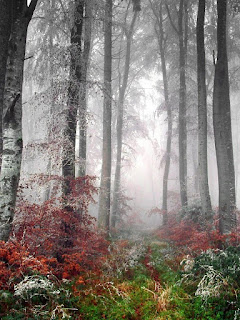 “How is it you never married?”

Talia stumbled over her own feet before they rooted themselves to the ground.

“Let me ask you a question. If you had dreamed of death all your life, would you marry?”

Landry took her hand and pulled her closer. “Of course not. Was there anyone you would have considered marrying?”

“No.” Her cheeks burned.

She examined his face. He was perfect. Strong jaw line, a smile that hinted he knew things about you, and eyes that pulled you in and held you prisoner. A strange ache filled her as she remembered expressions on other faces in her past.

“Guys usually,” The muscle in her jaw clenched. “Well, they kept their distance. I guess I’m not the dating type.”

“They were wrong.” He pulled her into a hug, his heart beating beneath her ear. It quickened as his arms tightened around her.

“Can I be honest with you?” She whispered.

“I prefer it that way.” His voice rumbled above.

Backing out of his arms, she turned away and walked a step farther down the path.

“You scare me. Maybe it’s habit to pull away. Maybe it’s because I’m not sure if these feelings are real, or not. Everything is happening so fast.” She turned back to Landry. “I’ve never cared whether someone thought well of me or not, but I care how you feel about me.”

“Talia, I’ve been through this discussion a hundred times in my mind. I can’t deny I was attracted to you the first time I saw you. The way you stood confident and defiant fascinated me.”

“But, I’m wary of how lost I get in your emotions. I don’t have the answers you want, but I promise you this, I’m going to hang around until we find out what this is.”

They stood for a moment in silence. The light filtering through the leaves danced around him, and Talia couldn’t help but notice the strength in his arms, the span of his shoulders. Was he strong enough to fight the Draguman?

Landry crossed the distance between them. “I try not to notice what you’re feeling, but your signal is very strong. Sometimes it’s hard to tune out. For instance, right now you’re worried about too many things. You don’t have to carry the weight of this war by yourself.”

He placed his hands on her shoulders and ran his fingers down her arms, sending shock waves of energy through her. He leaned down until his lips were close to hers. “But now you feel something else entirely.”

He kissed her nose, the corner of her mouth and then brushed his lips across hers to kiss the other corner. “There's something irresistible about knowing someone wants you to kiss them.”

Talia breathed him in. He smelled like dust, moss and sweat. She rested her hands on his chest. He felt like home.

Landry’s lips hovered over hers. Warm. Soft. A direct contrast to the rest of his body. Talia shivered in anticipation, but instead of a kiss, he whispered against her skin, “I can wait until our world is safe again. Then neither of us will have any excuses.”
Posted by Charity Bradford at 11:30 PM