What I learned about writing from B movies

Nano report:
Yesterday I ended at 19,349 words. I was excited to write today, but have not had a chance. Hopefully, I'll get time tonight.

Did you almost give up on me? I don't think I've posted so late in the day in a long time. Hopefully, this will be worth the wait. :D
Ok, Saturday I watched a very disappointing movie. It's one of those where I'm not sure why I let it run without stopping it. Let's say I needed something to blog about. Yeah, that works. Anyway, here is what I learned about writing by watching this budget film. 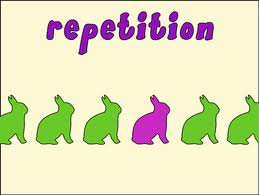 1. Repetition is annoying—you know when they use the exact same video clip over and over. That clip is used as “filler” or perhaps they hope to build the tension, or remind you how the moment feels, but it’s just annoying. As a watcher, I’m thinking, “Yeah, I got it the first time, now you’re just wasting my time.”
Guess what, readers feel the same way when they read our book. I know I’m guilty of this, so don’t think I’m picking on you. My characters keep “looking” at the same thing, or they will think something, and then say it out loud to someone in the room. Annoying! 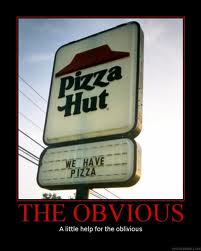 2. Stating the obvious—something else that I do on a regular basis. In a budget flick, this plays out something like this: We see a great scene where the heroes try and save a man who has been swallowed by the hole in the earth from the earthquake. He’s holding onto the artifact that the hero needs to take to the temple before the end of days, but our hero is not strong enough to pull him out so he let’s go after saying “Get it to the temple, no matter what!” Falls to death.
Ok, 99% of people get what just happened, but the film makers decide to fill another five minutes (wasting my time once again) to have the male MC comfort the female MC and explain that the falling man sacrificed himself for the good of the world on purpose. Really? You felt you needed to explain that to me?
Too often in writing, we think we need to explain what just happened. This takes the reader out of the story because of author intrusion. What’s more it makes the reader believe the author thinks he's too stupid to put two and two together and come up with four. 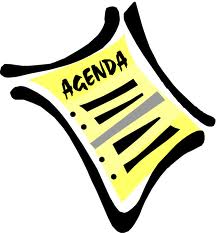 3. If you have an agenda, be subtle about it. Don’t beat the watcher/reader over the head with it. If you do, you’re going to get the opposite reaction from the one you want.
Ok, how can I give this example without sounding like the very devil? 40% of this movie was spent watching someone pray. I think of myself as a spiritual person, I love prayer, and do it many times every day. However, if the world were falling apart under my feet, I would pray and run at the same time. Not stop and plead for God to let me know if he were there. That’s a time when you need to ACT on your faith.
I found myself annoyed every time the action stopped for the MCs to pray and almost turned it off several times. If you feel strongly about something, weave it into the story in a way that it doesn’t turn the reader off. You don’t want to lecture people because it will make them defensive and any good that you are trying to share will be lost.
How can we avoid these problems in our own novels? 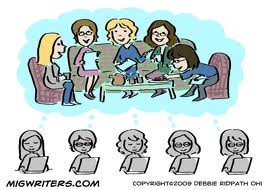 Critique partners are your ace in the hole. Find one or two who will honestly tell you what annoys them about your story. I have had two or three that made wonderful comments. By wonderful, I mean honest and insightful. The first few times it’s painful, but you will quickly learn that honest comments about what doesn’t work will make your writing better.
I've noticed a lot of romance or young adult crit groups among my friends, but can't seem to find a good adult sci-fi group. If you are interested in finding crit partners in this genre and are willing and able to critique at least 2 chapters a week let me know. Let's see if we can set up a couple of groups.
Just comment and tell what type of science fiction you write--military, space opera, cyberpunk, apocalyptic, speculative, parallel/alternate universe, hard, um, whatever else my brain is not thinking of at this moment.
Feel free to post for fantasy genres as well(since mine is a mix)--epic, quest, urban, contemporary, science fantasy, etc...
Posted by Charity Bradford at 1:59 PM