Oops, this is Wednesday's post, but I hit the wrong button. :D
I had a different post scheduled for today, but I had to share my experience from last night instead. This goes along with the popular thought that writers should get out of the house and live some life. Learn new things and you'll find inspiration for your writing with the experience to back it up.

In an effort to be a good cub scout mom, I drove my son and another boy to their activity at the police station, four year old also in tow. When we arrived the front doors were locked and another parent with five additional boys were running around the parking lot trying to get in. It was FREEZING, as in 23 degrees outside. After trying every door we returned to the front and someone noticed us and let us in. 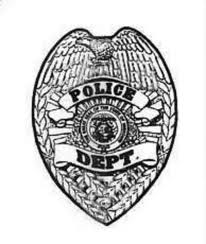 Two detectives and one patrolman proceeded to talk to our twelve boys about all kinds of cool things. We got to hold the hand cuffs (they were heavier than I thought they would be), listen to a tour of all the things on the patrolman's belt (lots of stuff!), watch him expand and demonstrate the baton (I can't remember the other word he called it), describe how a taser works, and then watch a demonstration of it. You should have seen the hands shoot up after that. These 8-10 year old boys were dying to be tased!

We listened to the patrolman talk about crime prevention and home and car safety before taking a tour of the station. The patrolmen shared cubicles on one side and the detectives on the other. We saw the evidence room and lockers, the interrogation rooms and everything. It was fascinating. There was also a slide show and explanation of how the detectives gather evidence at a crime scene. Finally the boys got to dust for their own fingerprint and then pull it up with tape. They looked at it under a microscope and tried to decide if it was a whorl, loop, or wave.

Before we left, one of the detectives was called away for a break in. They used a K-9 and caught the suspect. The doors to the room we were in had to be closed since they were bringing the guy in for questioning. It was quite exciting, because the whole place sort of woke up and they were more careful about keeping us all in one place. The boys thought it was really cool that they were going to take him into the interrogation room we had just looked at. 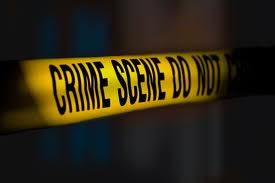 I left wanting to write a detective novel. Now, I've always enjoyed a good detective novel, but I don't have a dead body or any other crime to build a story around. But by golly, I was inspired last night. Who should I kill or what should I steal?

PSS, I'm not really going to write a detective novel. Not yet anyway, but now my brain is mulling it over so who knows?
Posted by Charity Bradford at 8:59 PM