Birth of a Novel Week 4 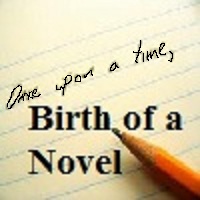 You might have noticed that the "Nano" is missing from my Birth of a Novel Pic. For the first time in the four years since learning about Nanowrimo, I'm not trying to "win".

It's kind of weird. I could still pull it off, but for once I don't care. It's not like cranking out 50,000 words in a month guarantees you a publishing contract. No, it's just the start of many months of hard work.

The last nine months were revision mode for Sendek, and last week I realized that I'm tired. I need some non-writing time to recharge my batteries. Dream some more. Live some life. Unpack some personal baggage that's been accumulating. (Ooo! I forgot to mention that as part of the "living", I lasted about 15 seconds on a mechanical bull Saturday night! Sadly, I tried it right as they were closing, so I only got one try. And my old body is sore today!)

I'm not quitting the novel, but I'm back to writing when I can. No pressure. Just enjoyment.

Yeah, I know, I know. I'm an ML, part of the job description is that I hit 50K. All year long I look forward to Nano and do a pretty good job cheer-leading the cause.

And, I love my story idea.

That means I'm willing to not "win" Nano, take a break, and then continue writing something that will be worth reading.

Snippet: I do have another snippet to share with you. There is still a lot of telling, but it's a first draft so don't stone me yet. :) Granger is the guy that kidnapped her, arch enemy of the dreamy Carter Frey.

Granger summoned me before I got enough sleep. Breakfast was not offered, although I caught the lingering aroma of sausage and bacon as I walked through the halls of the castle. I no longer felt hungry. Just hollow. I wish that had been my only worry.

He waited for me outside in a garden plot surrounded by low stone walls. The earth was tilled and mist rose off the warm surface into the cooler air.

Not knowing what else to do, I held mine out, palm up. Several tiny somethings clattered into my open palm. Granger's hand pulled away revealing the brown seeds.

I looked at Granger. "What am I supposed to do with these?"

My test was to see how much I knew about gardening? Piece of cake. Growing things was one of my few natural talents. I didn't see any tools, but the soil looked loose enough to work with my hands. After sinking to my knees, I pressed a hole in the dirt with my finger and dropped a seed in. I repeated the process with all ten seeds before brushing the dirt into the holes.

"Do you have any water?" I looked up at Granger, shielding my eyes with my dirty hands.

"Tap into the magic of creation and make the flowers grow."

"You mean from seed to plant in a minute? That's impossible." 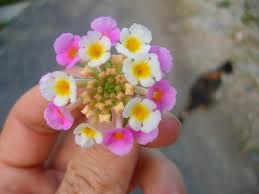 Granger raised his eyebrows, then bent and placed his hand over the first seed. A shoot of green popped out of the dirt. As Granger lifted his hand higher, the stem grew upward. Tiny leaves unfurled and wiggled as they grew larger. Stems and leaves multiplied and thickened until a delicate bouquet burst into being.


Each flower was the size of a quarter and made up of twenty or so tiny blossoms, orange on the outside with a circle of yellow blossoms surrounding tiny orange stamen. The lacy button smelled like sweaty citrus. My brain couldn't believe what my eyes were seeing. All it could latch onto was the curious fact that such a beautiful flower could smell so bad.

"Now, you do it." Granger pointed to the other seeds.

"Carter thinks you can. Do it."

"Focus on the seed and tell it to grow."

"This is crazy." I bent down and held my hand over the next seed, imitating Granger.
I closed my eyes and tried to imagine the seed under the dirt. All I could see was the back of my eyelids.

I peeked through one eye and wiggled my fingers in case that would help. Nothing.

"How disappointing. Perhaps we need to find the right motivation. Bring some tomato seeds."
He flicked his hand and a servant ran toward a shed at the back of the gardens.

I sighed and tried again, "You have the wrong girl. It's not going to matter what kind of seeds you bring me. I can't make them grow."

"You won't eat until you make something grow."

"I wonder if Carter will miss you? Probably not." He walked around me in a slow circle. "He must know I have you by now, and he hasn’t even sent a messenger to discuss an exchange. Maybe I was wrong about you.”

My heart fluttered and sank. What if Carter didn’t care? I looked away from Granger and chewed on my lip. I chose to believe Carter was looking for me.

The servant rushed over the dark earth with a cup of seeds, which he held out to me.

Granger waved him toward me, "She has three hours to make them grow. Call me if she succeeds. If she fails, lock her back up."

Without waiting for an answer he strode back to the castle.

Posted by Charity Bradford at 12:34 PM