Dawn of the Mages Cover Reveal!

I'm so excited to share my new cover with you! Everything is a go as of today. I didn't plan any big launch, but I had to share with you guys right away.

DAWN OF THE MAGES

...is now on Goodreads! Go add it to your TBR pile! I'll be giving away free copies of book 1 in the series the week of my release date.

Print copies will be available mid-July and ebooks the beginning of September! This is a huge jump in timeline for me. They were originally slated for late September and October, so I'm super happy! 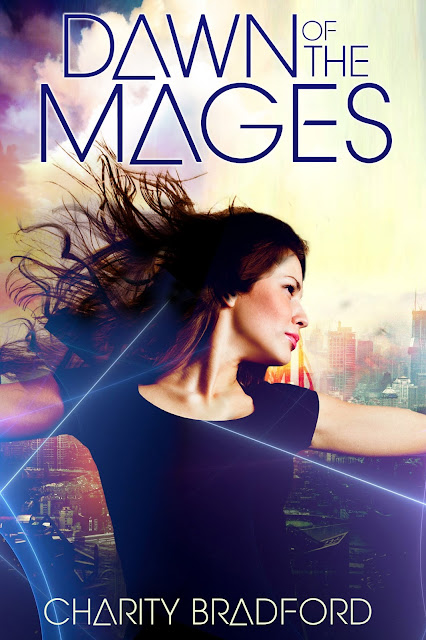 The Dragumon have been defeated, but the planet Sendek will never be the same.

In order to save their world, Talia and Landry Sutton had to wake the forgotten magic on Sendek. But instead of restoring peace, it creates chaos on the city streets, with those unable to work magic turning against those who can.

When Talia and Landry travel to the planet Orek to discover how it combines magic and science, they find a new, anti-magical government. The Controllers have all the tech, weapons, and natural resources. On Orek, the magical outcasts beg Talia and Landry to help them rise up against their oppressors.

The two must decide whether to help save Orek or return home and save their own planet. Talia and Landry are torn apart by the conflicting missions. Talia knows what Landry wants, but if she gives in, she could lose what she loves the most.

Posted by Charity Bradford at 11:45 AM