For the last few months I've been unhappy with the changes I made to Sendek. We all know how important that first chapter is. It's the make or break point for most readers.

Months of reading blogs and agent sites on what a first chapter should accomplish saw me rewriting and tweaking my first chapter over and over. Another thing that had me tied in knots were the comments from friends and family about how my religion plays into my writing. "How would you feel if (fill in the blank) read your book?"

So I calmed down my kissing scenes. Kissing scenes! Not even sex scenes. I tried to make it all the things everyone else said it should be, until it looked like this... 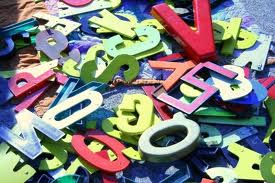 And to be honest with you, I didn't like it very much. I grew disheartened and put it away. That was the end of October. Part of me was ready to call it quits. I felt like a kid play acting the part of a writer. When I looked at all the things I wrote, all I saw were the flaws.

Taking most of November and December off was the best thing I could do. I kept up a positive face on the blog, but I considered stuffing everything in a drawer and walking away.

I did a lot of thinking.

A lot of questioning.

And you know what? I realized I don't give a flying fig what anyone else thinks of my story or how I tell it. It's my story. Life is not all clean and sterile. It's messy with emotions and bad decisions that we learn from, and it's okay if that's what I want to write about.

Yesterday I sat down and rewrote the first chapter of Sendek. I wrote it the way I see it in my head. I didn't think about the "rules" or anything else that I've ever read or been told.

I feel content again for the first time in months. It's a great feeling.

Here's the first 500 words of my first chapter of Sendek: The Magic Wakes.

Damn. There was no way out of it. And no way to explain.

At moments like this, Talia wished she had opted for the smaller view screen. President Fielding's gray hair and wrinkle-lined eyes loomed over her on the wall-sized unit. She clenched her hands to keep them from trembling. He had given in to her before. She had to try one more time.

“Sir, I can work remotely from here in my living room. There’s no need for me to move to Joharadin.”

“Miss Shannon, you’ve put this off long enough.” Fielding clasped his hands in front of him and leaned toward her from his desk. “We need you face to face with the Royalists. They can make the moon colony happen, but we have to play by their rules to get it.”

“If you choose not to come, you can consider your satellite funding at an end. Be on that tram tomorrow. Unless," His eyebrows lifted in hope, "I can convince you to take a transport?”

Talia sighed, “I’ll be on the tram. You know I prefer to stay close to the ground.”

“Very well. I’m meeting you myself, so there’s no backing out. If I have to come all the way to Gneledar to collect you I will not be happy.” He winked and let the ghost of a smile twitch at the corners of his lips. Then he waved his hand and the Space Exploration Foundation’s emblem replaced his image.

Talia collapsed on the couch and rested her head in her hands. Joharadin, capital of Algodova. She had plenty of reasons to stay as far away from there as possible, but there was no way to explain that to Fielding. Sometimes he exuded a grandfatherly attitude towards her, but he was still a man of science. Talk of prophetic dreams would not go over well, especially as an excuse.

She rose from the couch and leaned against the window. The trees blocked the view of the city, but she knew Gneledar was there. Her home town. The loneliest place on the planet. At least for her.

Generally, she welcomed traveling to other cities for the SEF. The weeks and months in the company of co-workers offered a semblance of a social life not available to her at home. But not Joharadin. Just the thought of the city of her nightmares caused her skin to crawl and her heart to race. A dull ache formed behind her eyes and she rubbed at her temple.

The light from Sendek’s double suns filtered through the trees and into her living room. Flecks of gold danced with the shimmery green across the floor. The movement imitated her nerves. It was already starting.

I’ll dream tonight. Talia sent her thoughts out into the trees and waited for their answer.

We will be here when you do.

I'd ask questions to guide your comments, but after boldly stating that I'm writing for myself now, it doesn't make sense. ;) Feel free to comment anyway. Especially if you've read earlier versions.

I'm still interested in your thoughts but I'm not rewriting for anyone but me.

I can be bought.
Posted by Charity Bradford at 2:00 AM